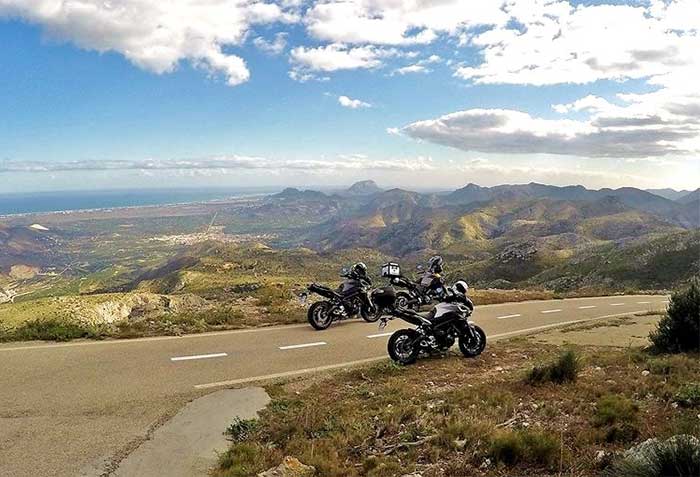 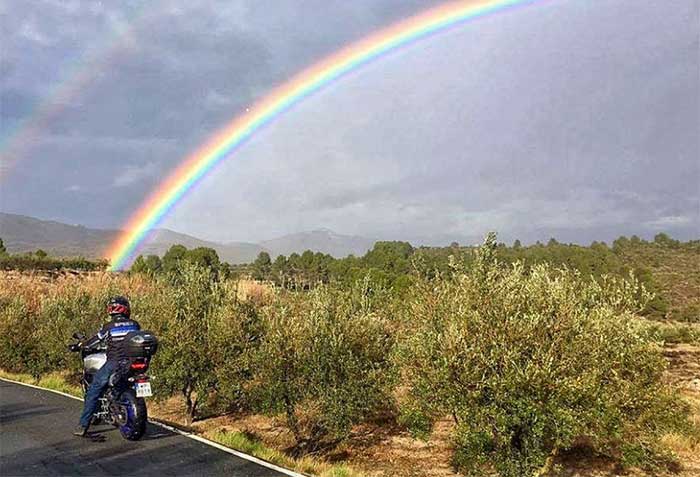 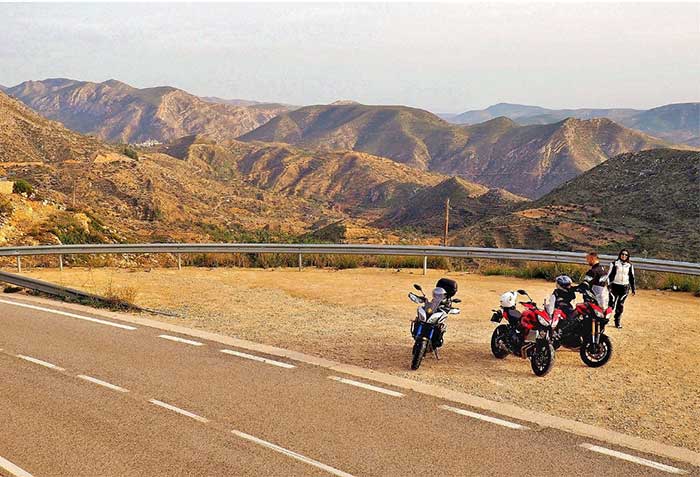 After the end of another motorcycle season, when autumn feels comfortable enough to stay here for some time and weather is not spoiling anybody, let us invite you for testing Yamaha motorcycles at the sunny coast of Costa Blanca. From behind test motorcycle’s handlebar, you can sightsee the mountain area of Sierra Aitana, which amazingly contrasts with the green lowlands full of fir forests as well as dune and cliff coasts. During this edition, the whole event would be more stationary, with 8 different routes presented by an experienced guide.

We start from Moraira and head through Cumbre del Sol to the highest point in region one can go on a bike. Then go down using very curvy roads to sleepy bay to see Cala Moraig cave. Next we ride to Cap de la Nao cape and admire stunnig views. Then head to Cap de Sant Antoni cliff via seaside resorts and volcanic beaches. Cap de Sant Antoni is like norwegian Nord Cap, nut here is much warmer weather :) Next we go for a coffee break in Les Arentes, where we can relax by the sea. Curvy roads lovers will meet a foretaste of what they can anticipate in next few days. After a short break we head to Pego area where we can find rice fields, then using roads which will warm tires and your hearts we go to Calp and end our trip in Moraira passing beautifull orthodox church.

We start from Moraira and head straight to Valencia, where we can see for example:

The Serranos Gate or Serranos Towers  is one of the twelve gates that formed part of the ancient city wall, the Christian Wall (Muralla Cristiana). It was built in Valencian Gothic style at the end of the 14th century (between 1392 and 1398). It is an important landmark and one of the best preserved monuments of Valencia. Of the ancient city wall, which was pulled down in 1865 on the orders of the provincial governor Cirilio Amorós, only the Serranos Towers, the 15th century Cuart Towers, and some other archaeological remains and ruins, such as those of the Jewish Gate (Puerta de los Judíos), have survived. The Torres de Serranos were built in the 14th century, 1392, by Pere Balaguer. It was the main entrance of the city and it was originally build with a defensive function. From 1586 until 1887 the towers were used as a prison for nobles.

The Metropolitan Cathedral–Basilica of the Assumption of Our Lady of Valencia, alternatively known as Saint Mary’s Cathedral or Valencia Cathedral, is a Roman Catholic parish church. It was consecrated in 1238 by the first bishop of Valencia after the Reconquista, Pere d’Albalat, Archbishop of Tarragona, and was dedicated by order of James I the Conqueror to Saint Mary. It was built over the site of the former Visigothic cathedral, which under the Moors had been turned into a mosque. The Valencian Gothic is the predominant style of this cathedral, although it also contains Romanesque, French Gothic, Renaissance, Baroque and Neo-Classical elements. One of the supposed Holy Chalices in the world is revered in one of this cathedral’s chapels; this chalice has been defended as the true Holy Grail; indeed, most Christian historians all over the world declare that all their evidence points to this Valencian chalice as the most likely candidate for being the authentic cup used at the Last Supper.

The Water Tribunal of the plain of Valencia, also known as the Tribunal of Waters is an institution of Justice to settle disputes arising from the use of irrigation water by farmers in several Irrigation Communities and canals (Quart, Benàger i Faitanar, Tormos, Mislata, Mestalla, Favara, Rascanya, Rovella and Xirivella) in the Horta de València. In 2009 it was chosen along with the Council of Wise Men of the plain of Murcia as intangible cultural heritage by UNESCO.

The Llotja de la Seda (English “Silk Exchange”) is a late Valencian Gothic style civil building in Valencia, built between 1482 and 1548, and one of the principal tourist attractions in the city. The UNESCO considered it as a World Heritage Site in 1996 since “the site is of outstanding universal value as it is a wholly exceptional example of a secular building in late Gothic style, which dramatically illustrates the power and wealth of one of the great Mediterranean mercantile cities.”

Plaza de Toros de Valencia is a bullring in València, Spain. It is currently used for bull fighting. The stadium holds 10,500 people since 2010. It was built in 1841.

We start from Moraira and head North-West. Passing Benissa we turn south to a very curvy road where we can admire amazing views on Serra de Bernia mountains. Road leads through picturesque towns where time stopped 50 years ago. Next we head to small, mystic restaurant in high mountains, where we can dine like kings :) Then we go on Col de Rates pass where we face hundrets of corners and at the end stop for a coffee break. Next go south passing waterfall, then Calp and Moraira.

We start from Moraira and head to Benissa. Passing Sierra del Ferrer on the left we reach Parcent. Going further west using largely untraveled roads we pass Sierra de Carrascal with it’s highest peak of Cocoll. Then turning south we reach Castell de Castells town where we turn west to Gorga. Then to famous Castell de Guadalest – big tourist attraction. There we explore castle (entrance costs 4 euros) and museums. Then we head south-west to Benidorm – known as spanish Las Vegas. Next using seaside boulevard passing Alta and Calp to Moraira.

We start from Moraira and head south. Passing Calp alongside Guadalest river we reach Sierra Aitana mountain range and further to Riu de Sella river. Then turn north using picteresque dirt road to precipice. Nest to Plaries and then east along Sierra de Albureca, passing Val de Galimera pass and reach Pego. Then we head to Moraira via Xalo.

We start from Moraira adn head south. Passing Calp, then cross Riu Algar river going in direction of Castell de Guadalest, stopping at Callosa d’En Sarriá and it’s Motorisation Museum, where we can admire over 140 exhibits, mostly motorcycles. Entrance costs 2 euros. Then we go further to Guadalest where we can explore amazing castle, few more museums and watch beautifull views. Then we go down to retaining dam and go back to Moraira.

We start from Moraira and head south straght to Alicante where we can see:

The Santa Barbara Castle is located on the top of Benacantil Mountain, 166 metres above sea level; it gives to the city a great strategic value. From there, you can see almost the entire bay of Alicante. On its slopes have been found archaeological remains of the Bronze Age, Iberian and Roman, but the origin of the fortress is in the late ninth century with the Muslim rule.

The Basilica of Santa Maria is the oldest active church in Alicante, Spain. It was built in Valencian Gothic style between the 14th and 16th centuries over the remains of a mosque. The basilica is composed from a single nave with six side chapels located between the buttresses. In 2007, by request of the city of Alicante to the Holy See, the church was promoted to the rank of basilica.

The Co-cathedral of Saint Nicholas of Bari is a Roman Catholic co-cathedral located in Alacant, in the Valencian Community of Spain. The church, part of the Diocese of Orihuela-Alicante is dedicated to Saint Nicholas and was elevated to the title of cathedral on 9 March 1959 by Pope John XXIII.

A short stroll from Alicante’s central esplanade, the Volvo Ocean Race Museum is based in the city’s bustling Port Area and offers a fascinating, family-friendly tour through the 41-year history of sailing’s most prestigious race around the world.

We start from Moraira and head north. First using main road, but not for long :) Near Ondara we turn west alongside Sierra de la Carrasca mountain range we reach d’Alcala. Next having fun cornering go in direction of Penaquila and further alongside SIerra de Aitana to Terra Mitica region. Next north to Nucia and by the sea through Calp to Moraira. 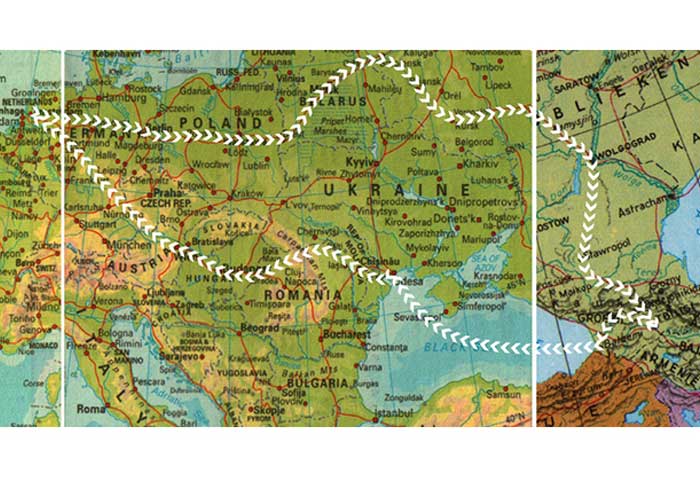 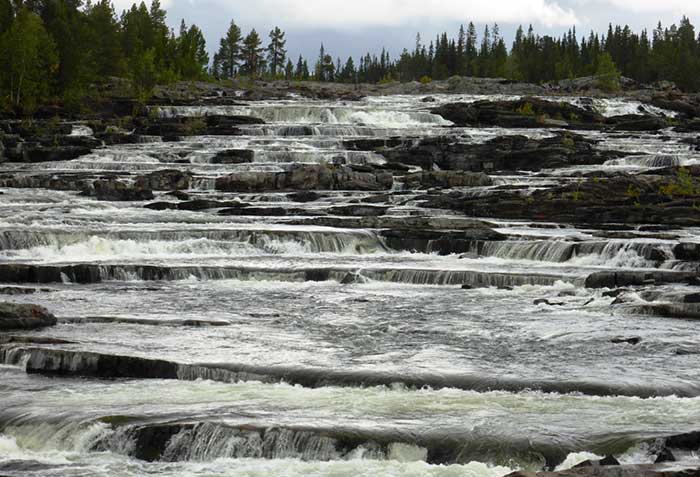 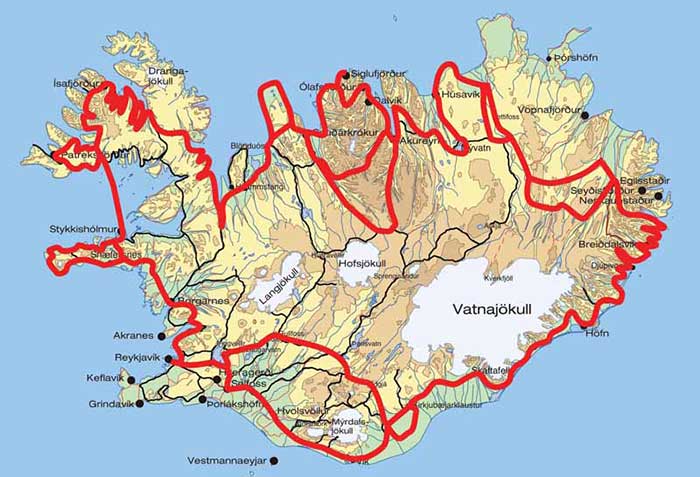